Berkan Karpat was born in Istanbul and grew up in Munich. As a visual and performing artist he oscillates between science and technology, between Orient and Occident. His works show a poetic world of images that breaks down boundaries, has an immediate sensual and lasting stimulating effect.

Many of his works, such as "tanzende der elektrik" on Odeonsplatz or "Mariens Woyzeck Ghaselen" on Großhesseloher Brücke in Pullach, have been shown with great success in public spaces. Internationally, the artist took part in renowned festivals such as the CyberArts Festival in Boston/USA, Louvre Paris/F. Berkan Karpat published poetry volumes, among others together with the author Zafer Şenocak. From 2010 to 2013 he worked with Munich students on the model project TheoPrax at the TU Munich. From 2009 to 2011, together with the poets Karin Fellner and Andrea Heuser, he directed the series of events LYRIKOASE at the Alte Hof Munich. Since October 2018 he has been president of the Künstlerverbund im Haus der Kunst. 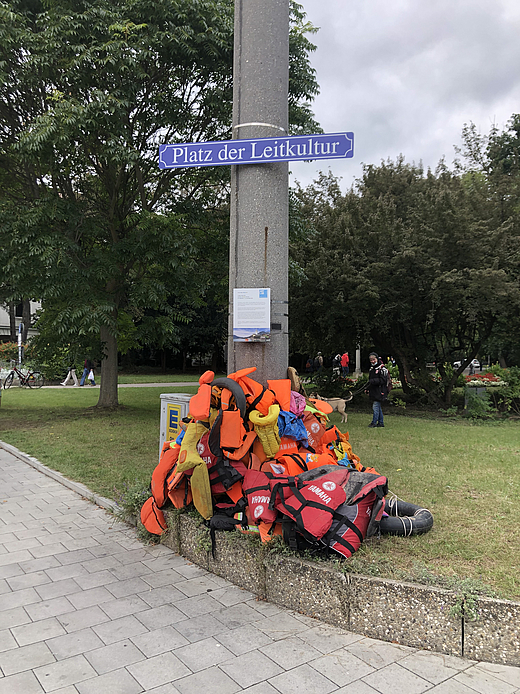