2017 donumenta came out whith ‘14x14 under construction’. The exhibition, located in the public urban space concerned itself with processes in the development and genesis of the work of artists and other creative minds as a happening, signalizing openness and accessibility for the viewer. ‘14 x 14 under construction’ incorporates the concept of the unfinished, the debris lying around and yet incorporating visions which at the end of this creative process it will be possible experience both critically and sensually. The building site serves here as a symbol, an area permanently inaccessible, interrupted only by work-breaks, where dynamic development combines with moments of standstill and which aspires to the manifestation of something whole, complete, where something new can be looked for but where also traces of the origins are often visible.

This aesthetic and curatorial approach to '14 x 14 under construction' was programmatically realized in relation to current developments, perceptions and distinctive characteristics in a Danube macro-region which is redefining itself and developing in a multitude of ways. From an urban, global, national, european and international perceptive, ‘14x14 under construction’ extracts from the northernmost point of the Danube a vision of Europe in the transforming EU Danube Region.

With courage and consistency, the donumenta set up a new international exhibition project in Regensburg - art in public, or as a differentiated site-specific project, which was realized  on scaffolding in buildings as well as banners on fences and public spaces in the whole area of the city. “Because” according to Regina Hellwig-Schmid, artistic director of the donumenta, “art in public spaces is temporary, fleeting, enduring in its impact, accessible and discoverable for everyone and at any time, and it is able to reach a public, the majority of which do not visit museums.” 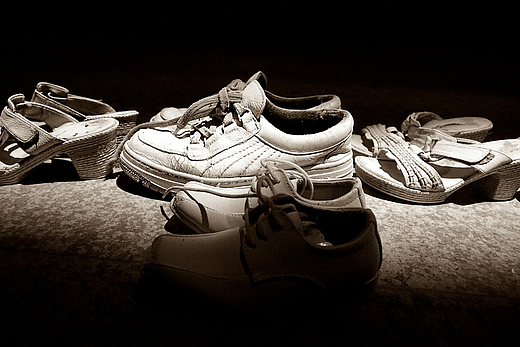